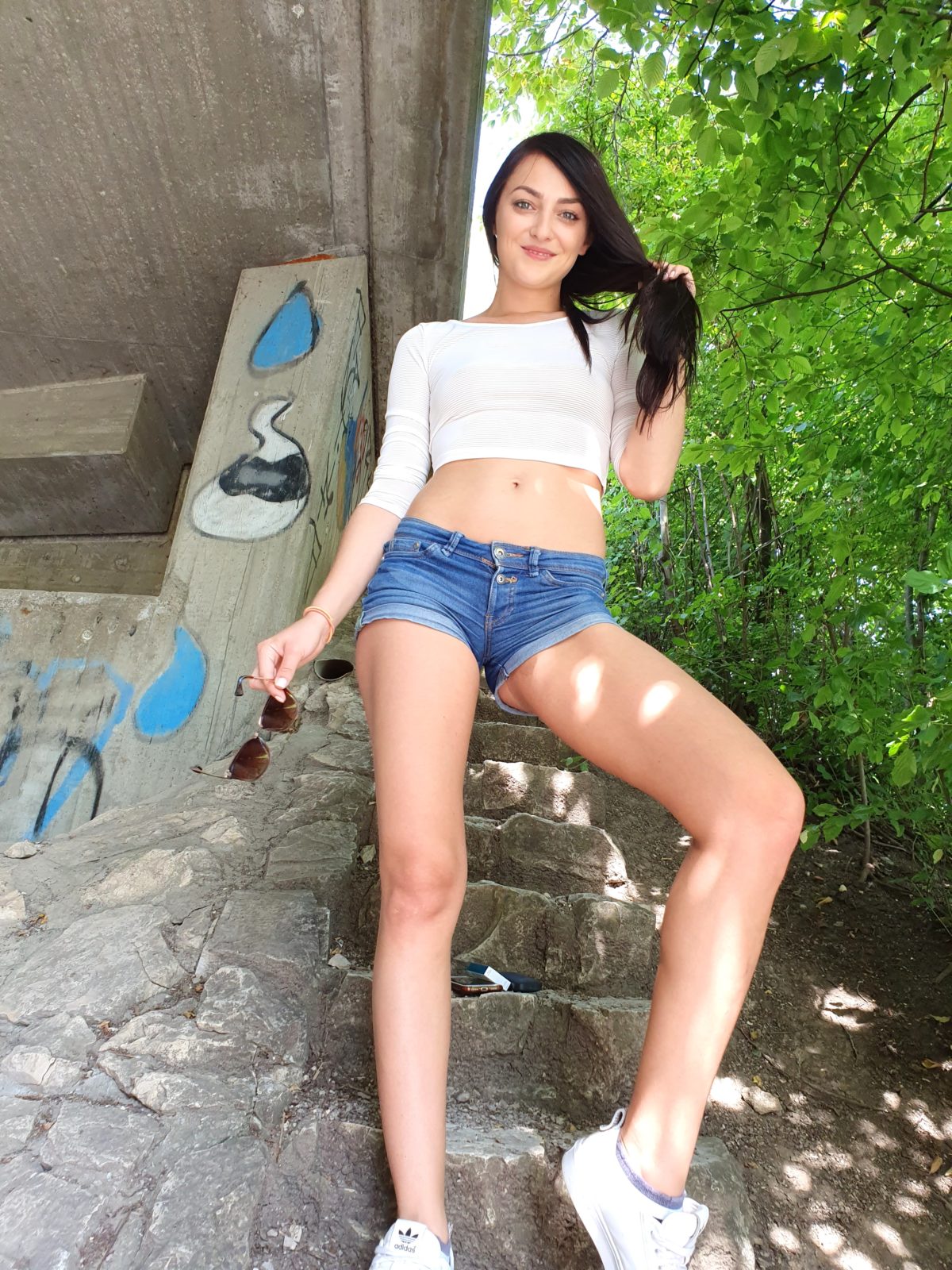 Today, when the weather was good in Germany, I was looking for something. I just decided to drive around Berlin. There are some nice hiking trails and foothills of the Spree. And there are always a few women out there with whom you can talk in weather like today. Of course I had my camera with me again and also put some money in it. Because when it comes to sausage, a few notes always help. And so I went for a walk and addressed several women. Most of them were relaxed, but somehow it wasn't the right thing. Either no time or the conversation with skepticism dragged on for so long that I had to stop. But then I was lucky and it came to the video German Scout Katy.

After almost an hour on the Spree foothills near Berlin, a really sexy woman in jeans hotpans and an almost see-through top passed me. My divining rod struck immediately and I addressed it directly in front of the camera. I told about my model agency and that I would love to take it on. She was 18 years old, comes from Prague and was visiting her boyfriend. But I still didn't give up and she even took me to her friend's apartment. Here German Scout Katy could really start.

My stomach was a little weak and I just thought what if he came home. But she could calm me down and we took the first pictures. At some point she was almost naked in front of me and I was able to convince her to play around a little. And then one thing came to the other and I was allowed to drive naked into the slim mouse. I got it several times and in the end I shot my cream in her mouth. You can see the whole story in German Scout Katy now!