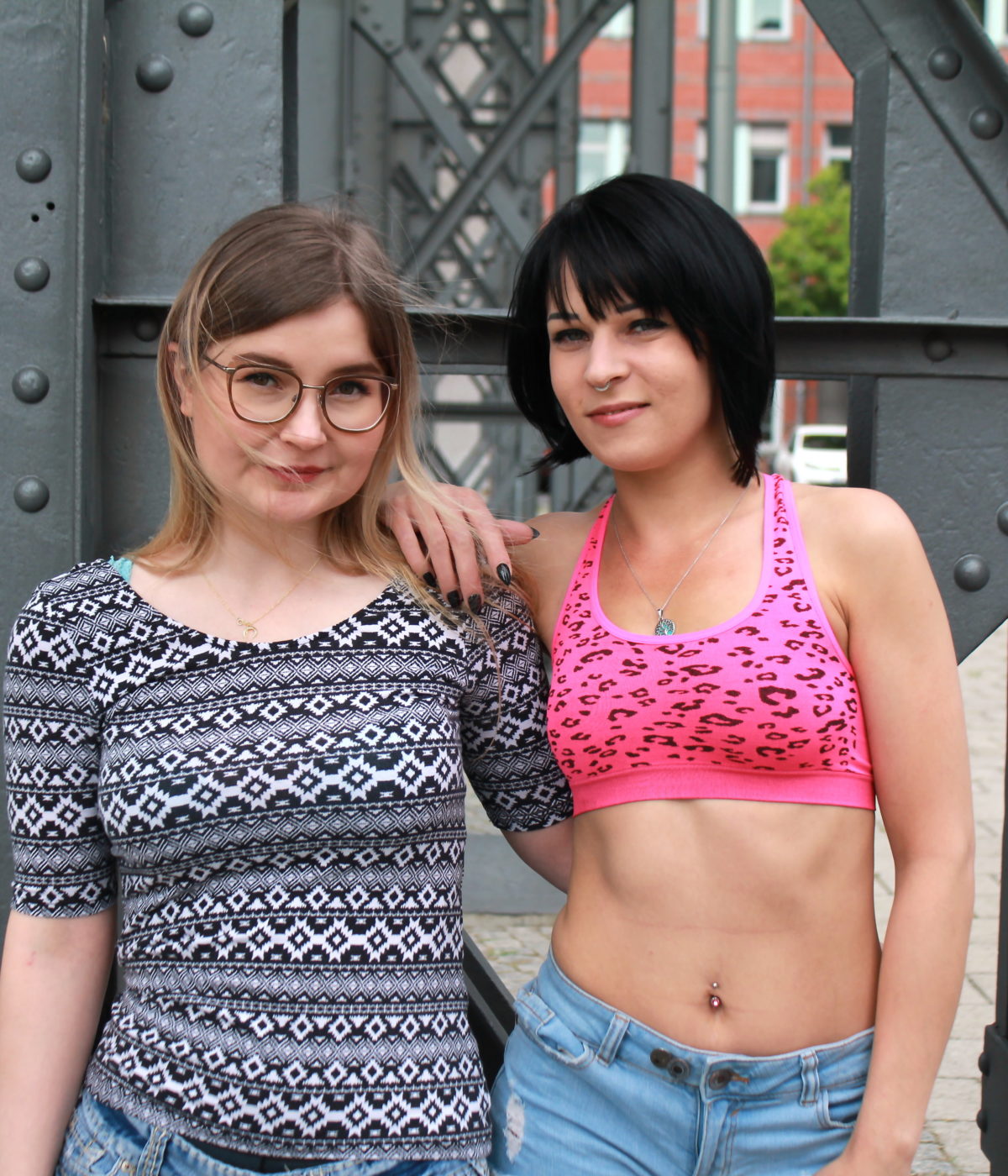 Some things just happen without you having any influence on them. But what happened to me that day has nothing to do with coincidence. No, it is more likely the luck of the efficient, because I was on the road for half the day again. I was here with my camera and some coins in my pocket in the capital. Talked to woman after woman, but it just shouldn't work. It was the usual excuses again. But I can partly understand the women. But then I saw two delicate women standing here together. One in a pink top and the other super cute with glasses. It took a little bit of effort and courage to address both of them. But I was lucky and was able to convince her to join my modeling agency. And so German Scout Tiny Emily could start.

After I was able to persuade the two slim girls here in Berlin to take pictures for my modeling agency, the next step came. I convinced her to take pictures in underwear that we wanted to take in a hotel. And after the two were lightly clothed on the bed, they started making out with each other. And now German Scout Tiny Emily went into the cool phase.