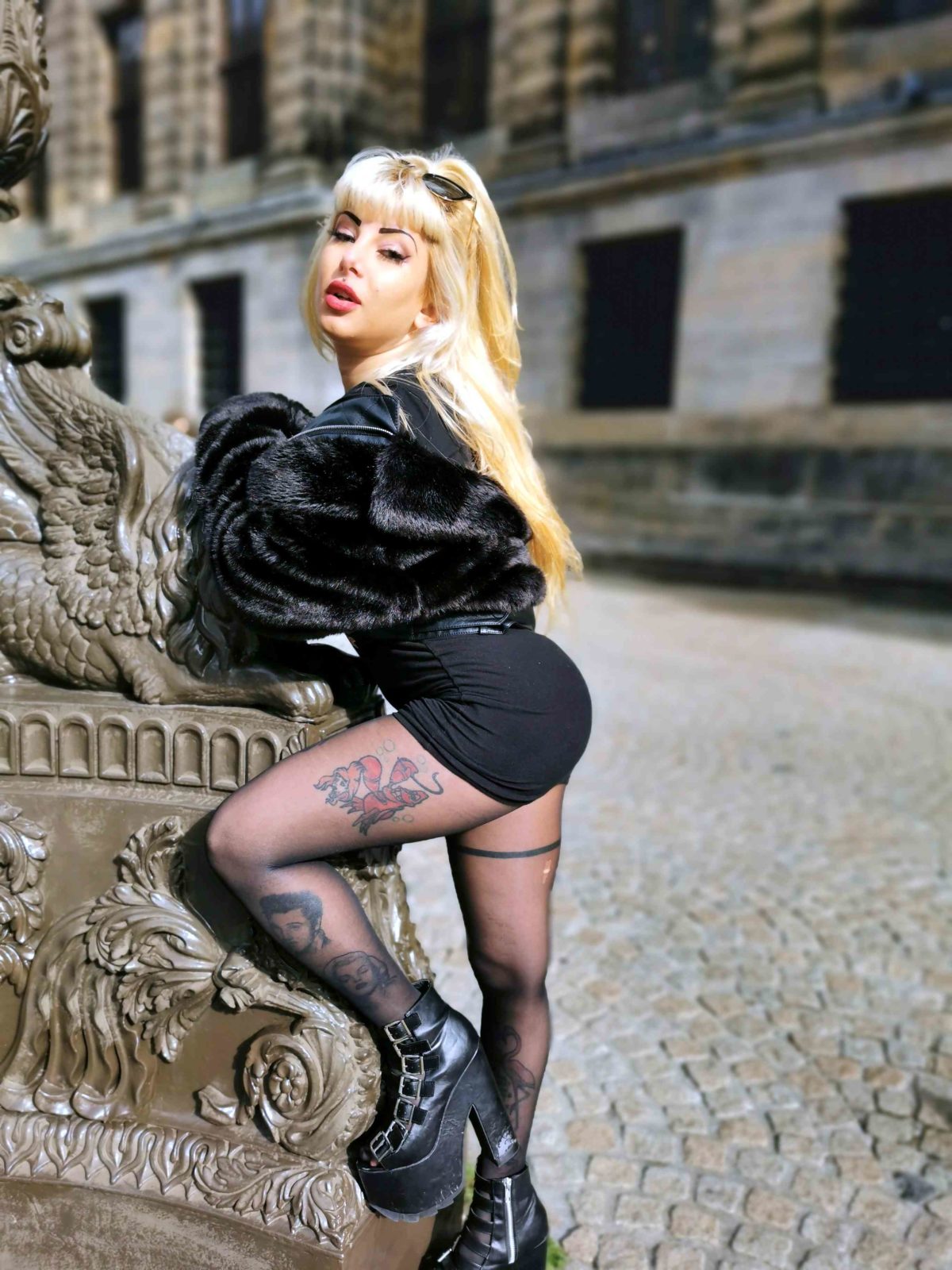 There is something new for you again! And I can imagine that you've been waiting for this all week. But it was worth the wait, because there is another real highlight. Fortunately, on my last trip to Amsterdam, it didn't work out just one turn. No, there was also a second shoot. And now the time has come and I'll put it online for you. One day after the first shoot, I was out again in the red light of Amsterdam. I spoke to several women there, but I was out of luck. But so I became more and more relaxed and was prepared when the right one came. And it came and I saw a blonde mouse in a fur jacket in a coffee shop. And so German Scout Kitana Montana could finally go.

After I discovered the blonde mouse here in the coffee shop in Amsterdam, I spoke to her directly. At first she was dismissive, but I stuck with it and so I was able to convince her of my modeling job. After a few pictures on the street, I convinced her to follow me into the apartment for more pictures. And it was there that German Scout Kitana Montana entered the hot phase.

Once there, she picked out underwear and when I saw her like that, it quickly happened to me. What a perfect body from this 23 year old girl I thought to myself. And luckily one thing came to another and I inserted my best piece bare into all of their 3 holes. Really super messed up what we did there together. And you can see it now in German Scout Kitana Montana.