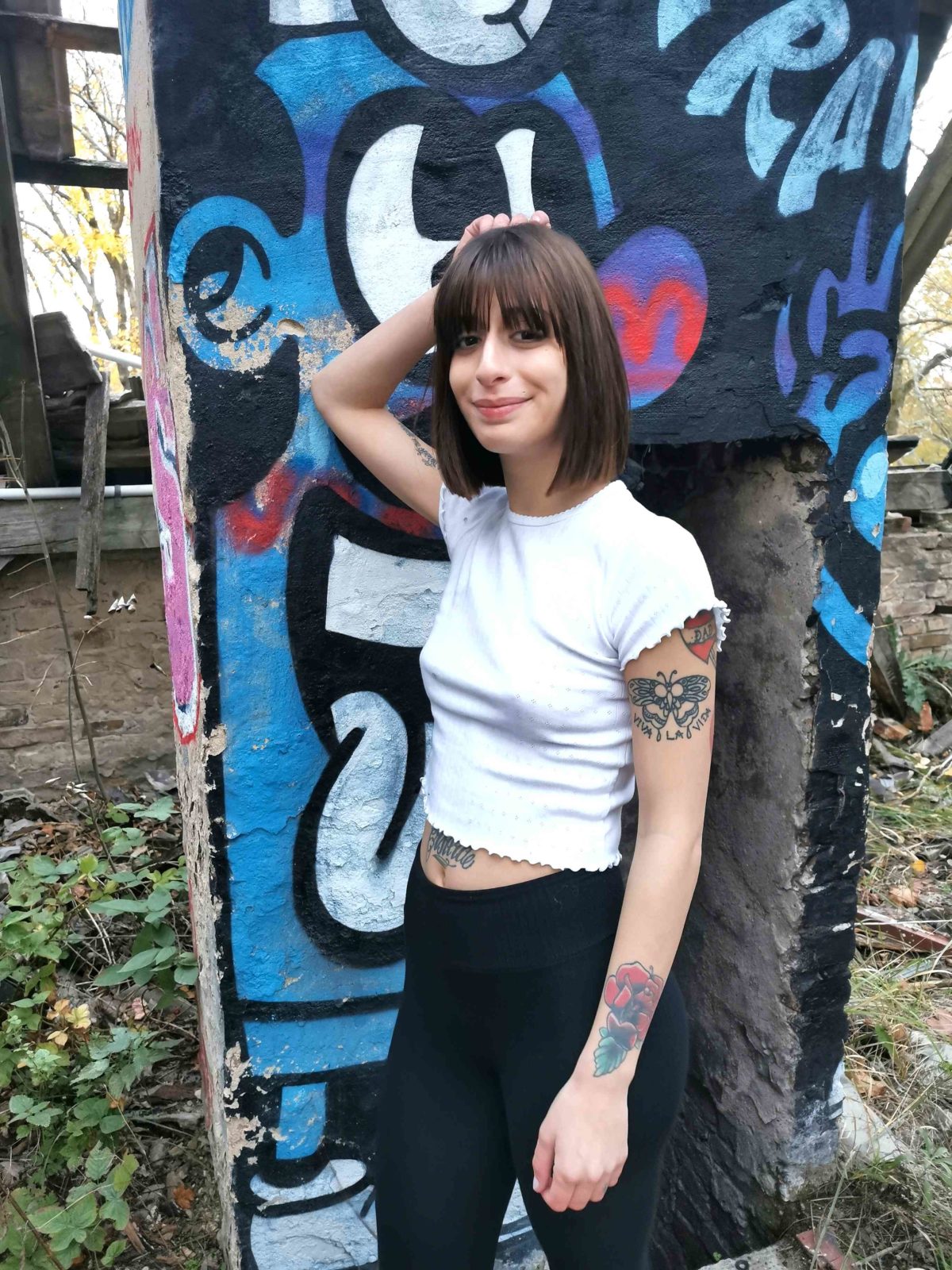 There is a tender temptation for you today. But she had it tough. And I almost dare say that it was one of the heaviest auditions I've had. My knees are still shaking and I can't help but grin when I think about it. But I'll tell you from the beginning so that you know what to expect. I was bored at home late at the weekend and just wanted to get out again. Maybe I'm lucky I thought to myself and packed my camera and money. The weather was pretty good and there were a few women out and about. I wasn't lucky with the first, but it gave me the opportunity to loosen up. And then I saw this slim mouse with a pony a few meters away. And my instincts worked immediately. And so German Scout Silvia Soprano could start.

I saw her the tender mouse right here in Berlin and immediately took up the chase. Camera on and I spoke to her. I also tried my trick with the model agent today. And I was lucky and was able to persuade her to take a few pictures right away. And German Scout Silvia Soprano could get dirty.

And then one thing led to another. First the shirt went up and when I had to pee she opened her mouth. What is going on here, I thought to myself and followed her wish. Then it went on as violently as I've never seen it at a street casting. But now you have to see that for yourself in German Scout Silvia Soprano.