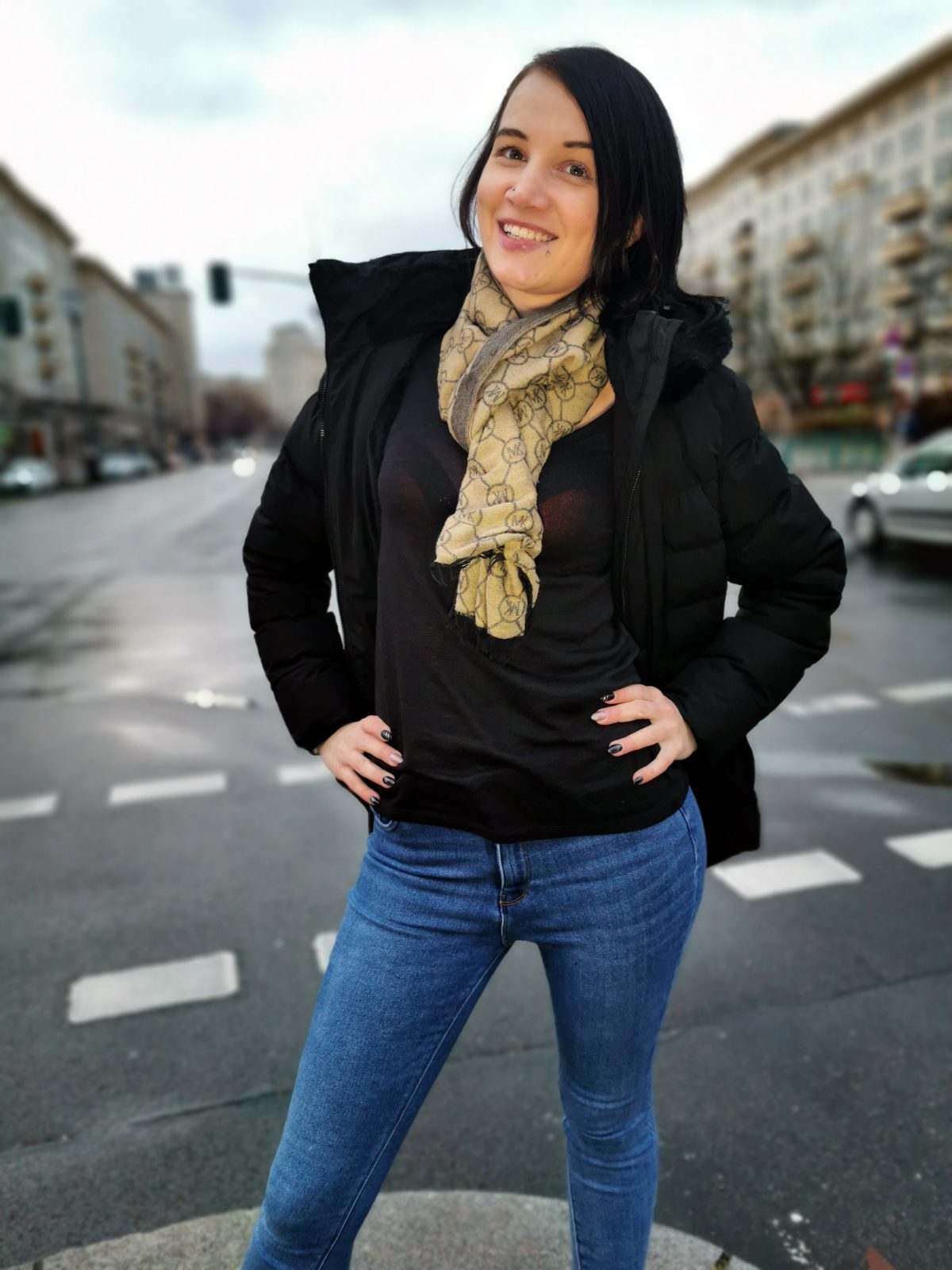 Berlin and again Berlin, because now things were moving quickly. I was with the one day after my last shoot blond mouse again on the way here. It was a little bit colder than yesterday, but with the success of the previous day my courage was great. And of course I wanted to take advantage of that and with the camera and money in hand I made the side streets here on the Spree uncertain. Again, it took a few tries and gave many unpleasant answers. But then I was lucky and met a young lady who was chubby packed. But it was clear that there was a slim body underneath. And it could start with German Scout Nyla.

I saw her in a Berlin side street and took all my courage from the successful shoot yesterday and spoke to her. It was relatively easy going and let me explain with a smile on my lips. I told her about my model agency and that we are looking for new faces again. But of course I couldn't put anything so thick in the file. For that I would need better pictures. At first she was not enthusiastic about it, but with nice words and a little change she followed me. And German Scout Nyla was able to go into the exciting phase.

When I got to us we took the first pictures in normal clothes. Then I told her about an underwear job and immediately put her in a cool outfit. She paused briefly, but then put it on and let herself be photographed. There I came up with very dirty topics and when I just held out a toy to her she pushed the thing straight in. That was my sign and I just unpacked my best piece. And she apparently thought that was too good that she snapped directly and could be used nice and bare. With German Scout Nyla a great street casting was created which you shouldn't miss!