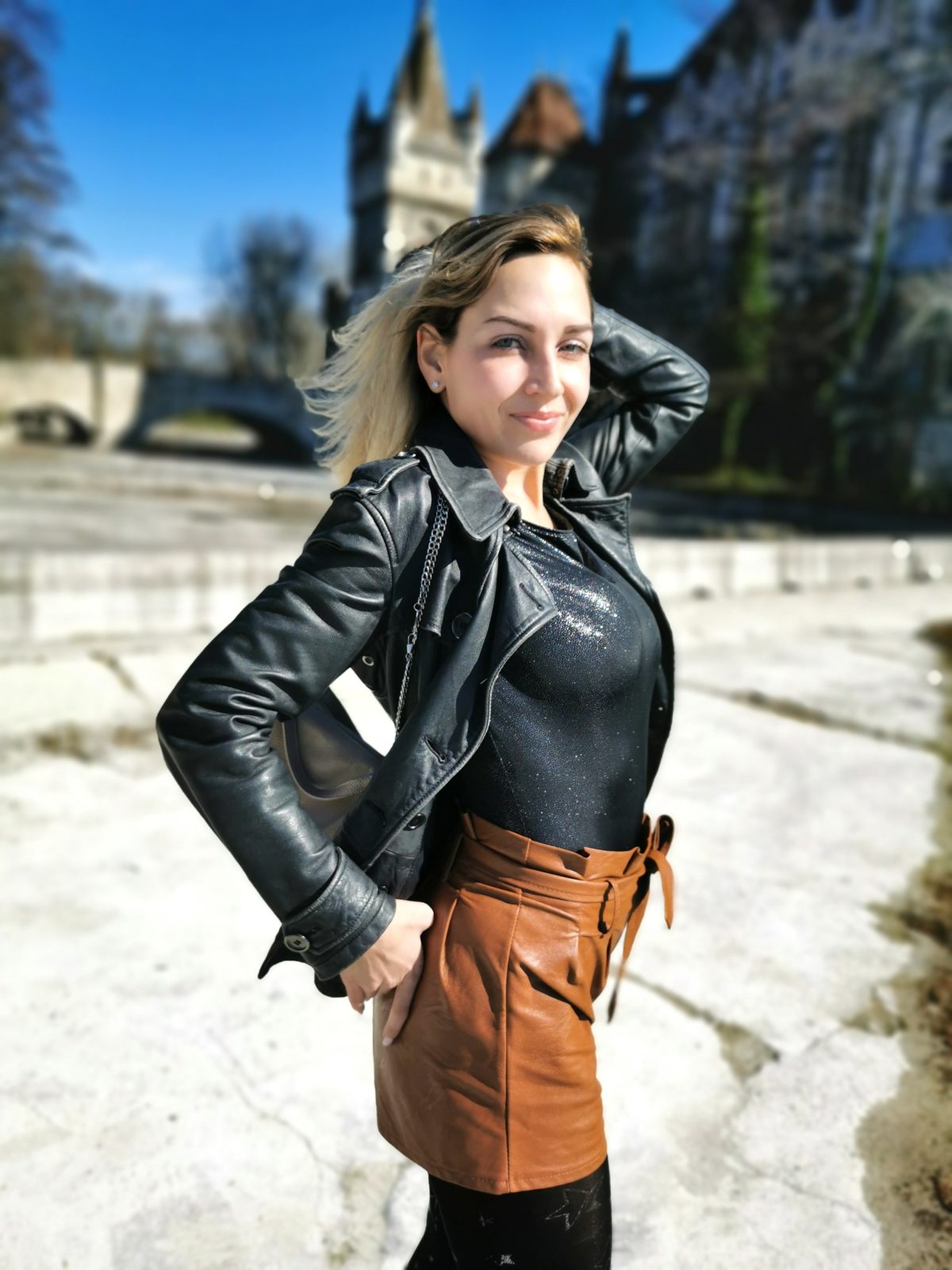 Once again I was looking for you in beautiful and sunny Budapest. It should be new shoots for German Scout and so I had everything I needed. Quickly checked into the apartment, money and camera inserted and we went out on the street. I also had a lot of luck with being a model scout. And why shouldn't it work today. The weather was perfect, the sun was shining and there were many people on the go. So I turned on the camera and addressed the first women. I was not lucky with the first ones, which is normal. Now you just mustn't lose heart and keep going and stay on the ball. And so I was lucky today and German Scout Siya was born.

I saw her here in Budapest from afar with her brown leather skirt and immediately picked up the weather. Then I spoke to her in front of the camera and told her about my model agency and that I wanted to include her. She found the idea very exciting and so I learned that she is 25 years old and actually comes from Russia, but now lives here. I was allowed to take the first pictures of her here and saw her large bust size through her tight top. It looked like a lot of fun and I lured her into my apartment for more pictures and so that German Scout Siya could really get going.

When I got there, we wanted to take the sample pictures in the underwear area and when she was standing in front of me in my outfit I really wanted more. So I tried to loosen it up and when the point was reached, I just got my thing out. She acknowledged that by letting her breasts hang out and one thing to another came and I really took her apart in front of the camera. A special video for all lovers of big udders, which you shouldn't miss. So strike now and watch German Scout Siya!