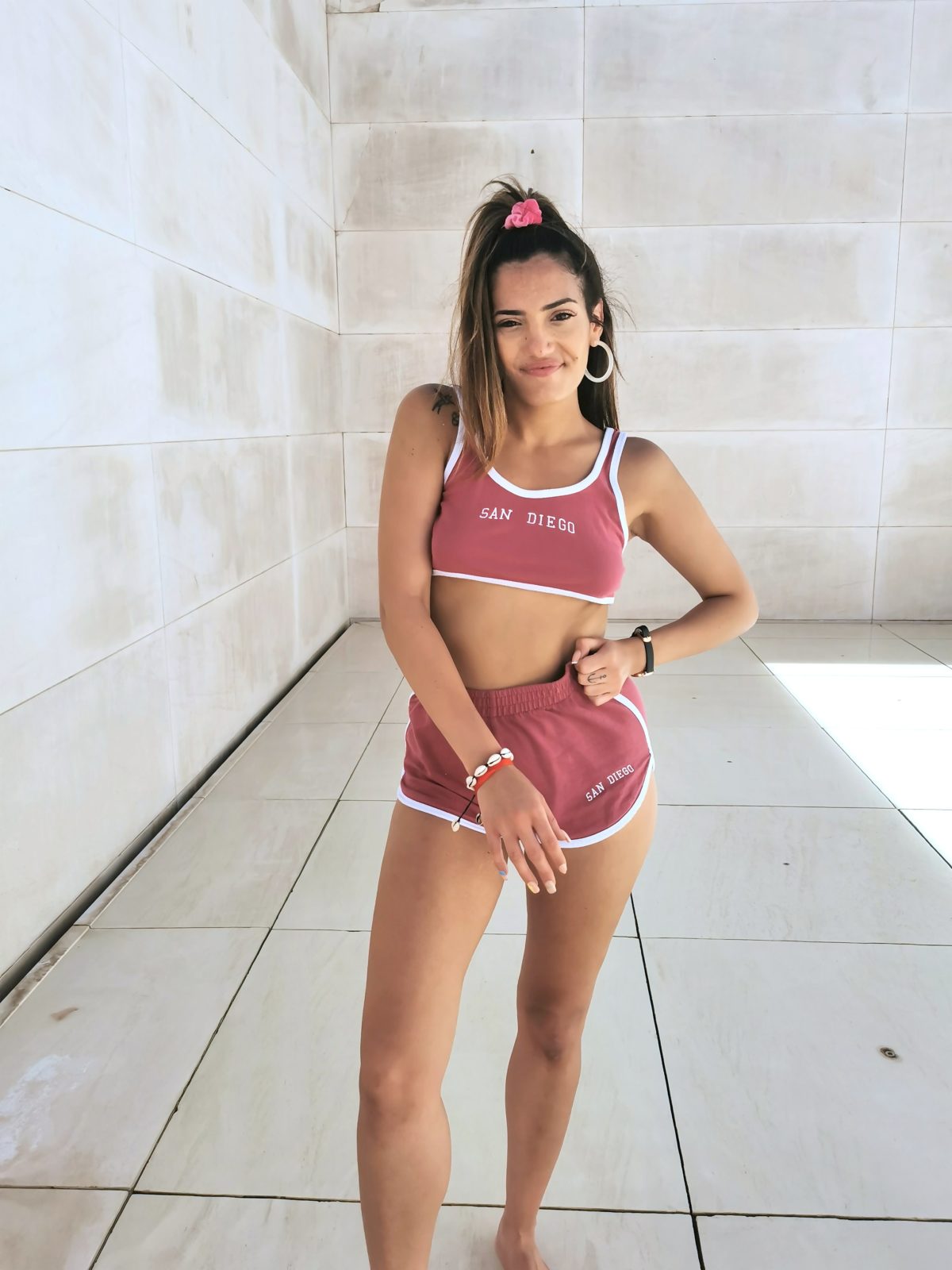 There is something new from the front, which in this case are the streets of Barcelona. Luckily I was there again last week for 2 days before this whole lockdown issue starts again. You have to really watch how you do that to be on the go for cool videos. But it worked this time too and of course I don't want to withhold it from you. Fortunately, I had found an apartment over the internet which was really great. So we quickly set up a few lights and we went down to the street. There were a lot of people walking around like zombies wearing masks. And it took me quite a few tries! But then I was lucky and was able to engage a 23-year-old jogger in a conversation. And so German Scout Penelope could start.

She ran past me jogging in a tight outfit right here in Barcelona. And after a number of fruitless attempts, I dared to try her again and spoke to her. I would like to win her as a model for my agency. And after she was there we took the first pictures and she followed me to my apartment for more photos. German Scout Penelope could really get going there.

When I got there I was able to persuade her to take pictures in her underwear. And after she grabbed the see-through outfit, I knew my chances were very good. And just under 10 minutes later it was time and I could take the little Spaniard bare and deep! Really dirty and you can see it now in German Scout Penelope.