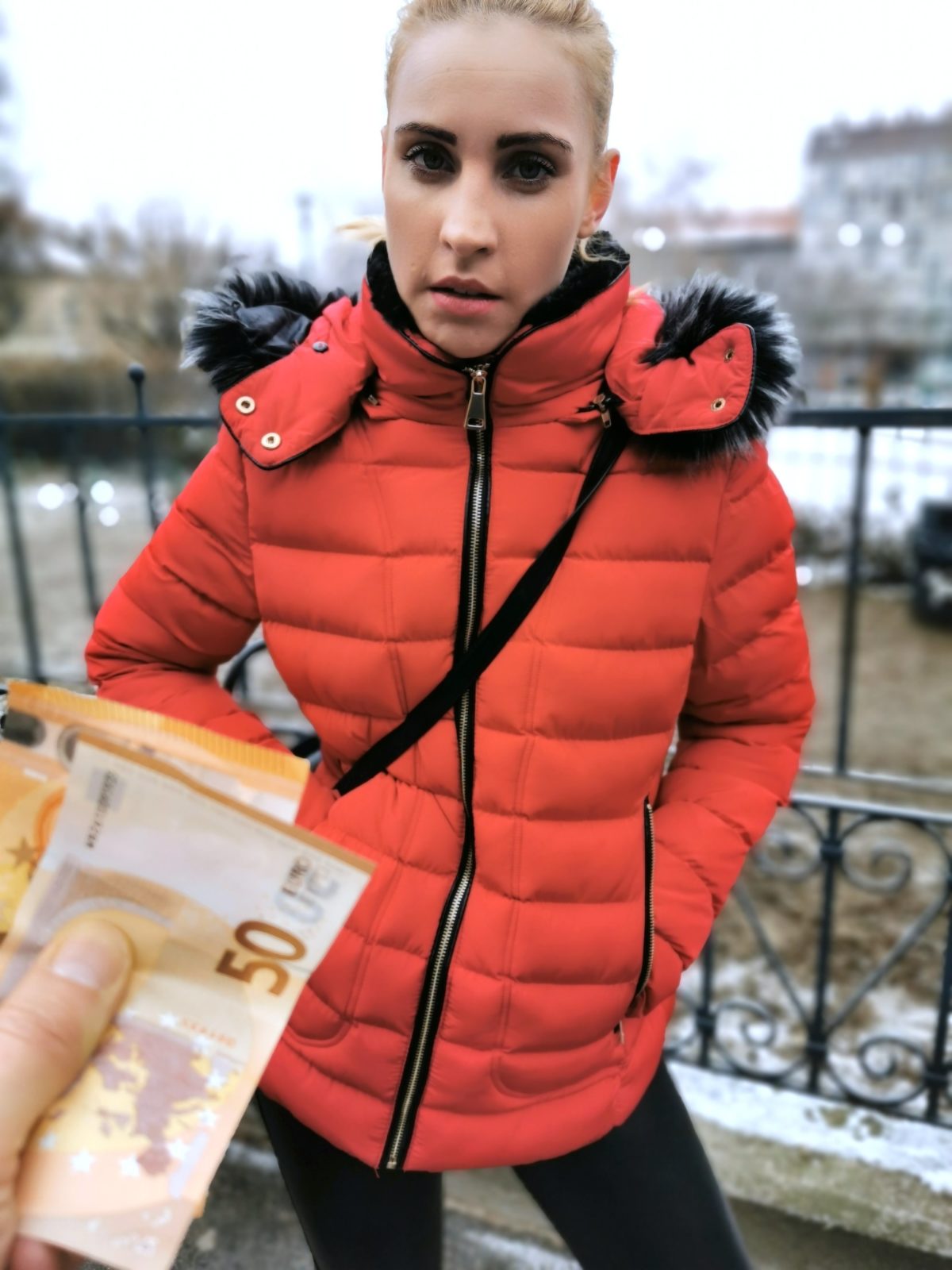 It has gotten cold and the first snow has already fallen. That caused a surprise for one or the other. So for me too, because I had booked a flight to Budapest. I wanted to go hunting there and come back with one or two videos. Everything was booked when I got the weather report the day before. Money, camera, apartment, everything fixed. So I had no choice but to make the most of the situation. Because giving up is not an option for the German Scout. Because otherwise I wouldn't have got 200 videos for you with just as many great women for you. So I went to Budapest and took the camera on the snowy streets. Hoping to be lucky again today. And I was lucky and German Scout Lulu was born.

It was really cold here in Budapest, but I spared a mouse in a red jacket in front of me. I tried my luck straight away and was able to convince her to take the first pictures for my model agency. Since it was too cold here on the street, I lured her into my apartment. German Scout Lulu could really get going there.

When I got there we took pictures and I put a sexy red outfit on her which she then wore. And when I was at it I knew exactly what I wanted. So I joked, joked, until she loosened up. And when I got my thing out she snapped willingly. After that I was allowed to bare in her tight hole and use her in all variations. You have to see German Scout Lulu!