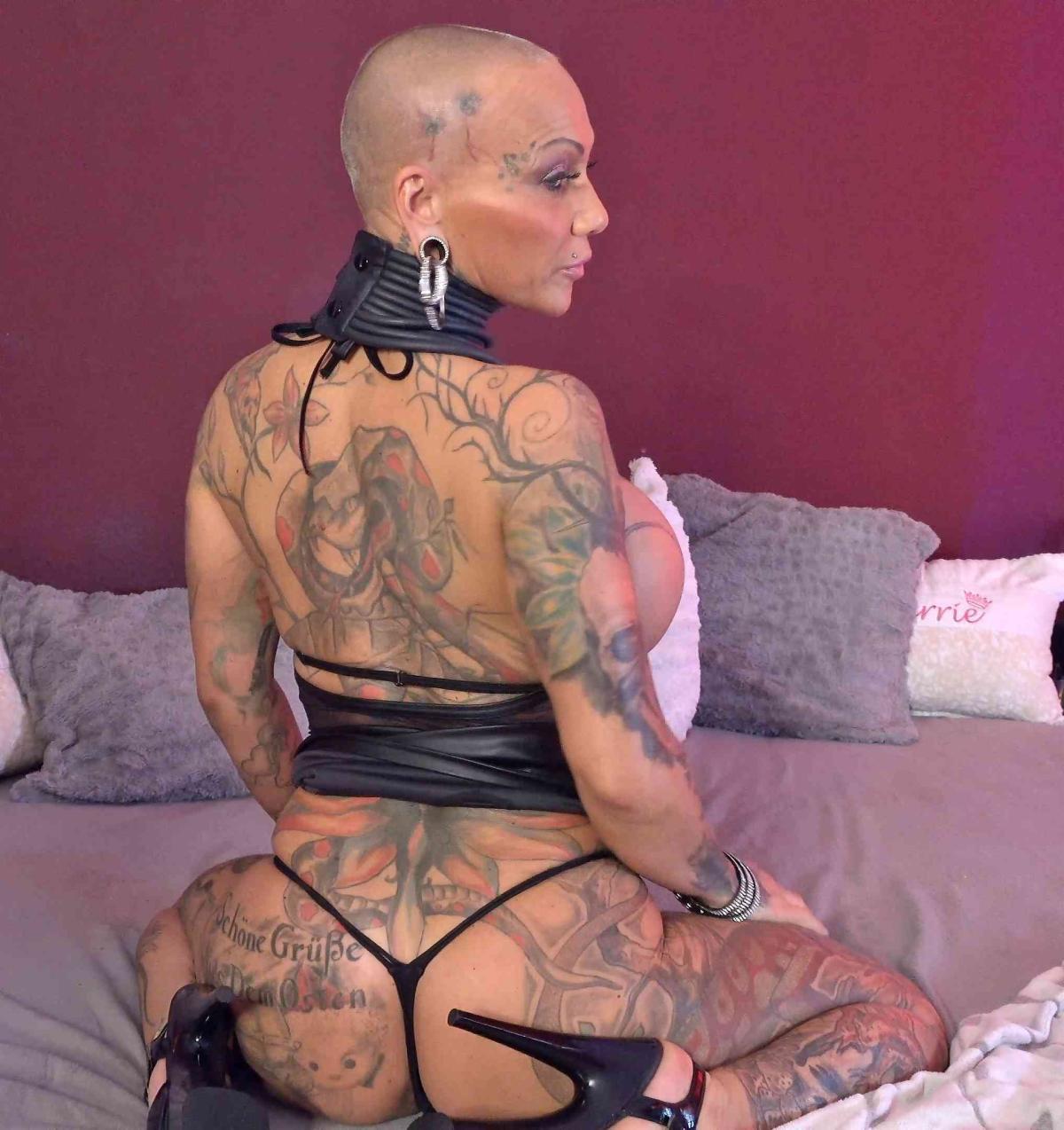 Today there is another real highlight for you. But it's not a casting on the street. No, today it will be an escort test. And then I tried with a pretty well-known actress. At least that was the plan when I saw your ad on the internet. She was just visiting Berlin and could be visited in an apartment. And the lady I mean is the German Kitty Core. Tattoo model, with extreme bust size and known from many DVDs and TV. So she was there in women swap and many other formats. So she was at least experienced in front of the camera, I thought to myself. But I wanted to surprise her with this shoot on the spur of the moment. So I first made an appointment with her for an hour by phone. I packed some money and the camera and was prepared for anything. It could be a simple yes we can, but it could also be a slap in the face for me. But if you don't dare, you won't win. And so I was punctually at the address she had given me. Turned on the camera, gathered all my courage and rang the doorbell. And German Scout Kitty Core was ready to go.

Kitty Core opened the door of the apartment where she worked as an escort that week. She was quite surprised that I already had a camera running. But she let me explain and I made her an offer she couldn't refuse. So it started right away, and when I set up the camera it began to spoil my best piece.

Immediately afterwards I was allowed to drive in blank. That was an incredible result and after a few changes of position I couldn't do anything else. She knelt in front of me and got me with her heavy bust. And so came what had to come and I discharged myself between her tits. A great experience that you can now see in German Scout Kitty Core.