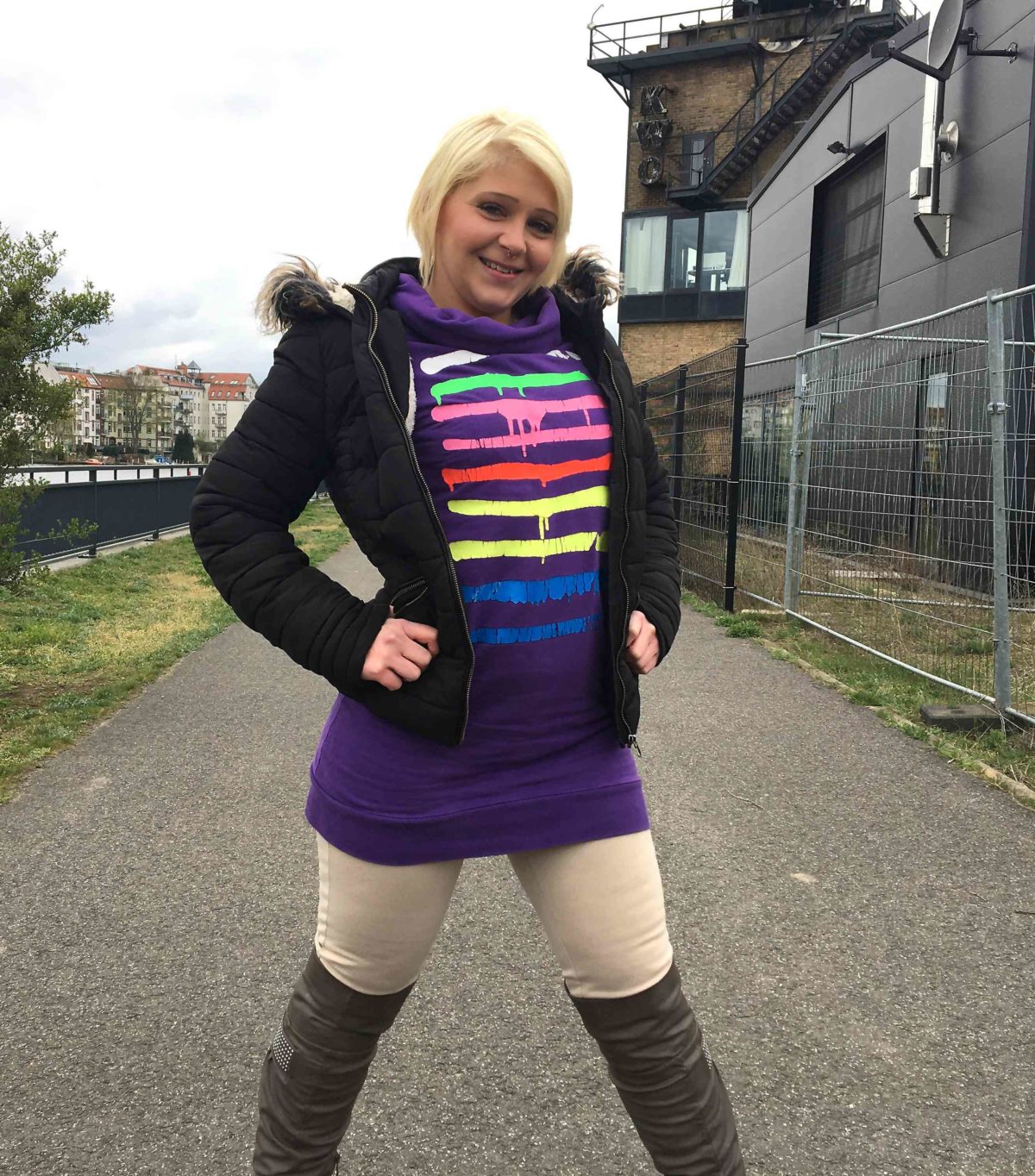 One of my first videos that was lost for a long time. But now I was able to save the hard drive with the video. It was created here in Berlin at the end of 2019. And was the first shooting and casting of a little girl that many know today. But from the beginning. I was once again in Berlin with my camera. Looking for women that I could tow with the model mesh. The goal was then to see how far it would go and in the best case scenario, a dirty video should be created. Of course, I also had a little money with me. Because sometimes the financial argument is the best means. So I crept through Berlin and the weather should really make my life difficult. It was cold and drizzled in between. The few women who were out weren't really easy going. So I spoke to one after the other and shouldn't have any luck. Lastly, I strolled past an industrial park and decided that it should be my last try for today. I'm either lucky here or I shouldn't be. But then I saw this little mouse in the distance and my last attempt should end happily. And German Scout Mini Hotcore could finally start.

I saw her here in Berlin and spoke to her directly. So I told her about my modeling agency and that I was looking for new faces. But she couldn't be convinced at all. But I didn't give up and at some point I was able to convince her. After the first pictures we went to me to escape the cold and wet weather. And that's where German Scout Mini Hotcore really got going.

When I got there, I put a few outfits out for her so she was looking for something revealing. Now I knew it was going in the right direction. And after a few more pictures came what had to come. She unpacked my best piece, and after it was nice and hard I was allowed to drive in. It was really amazing how tight this little mouse was and still we drove it for almost half an hour. She got the finale in her face with a smile. You can watch the German Scout Mini Hotcore video now!