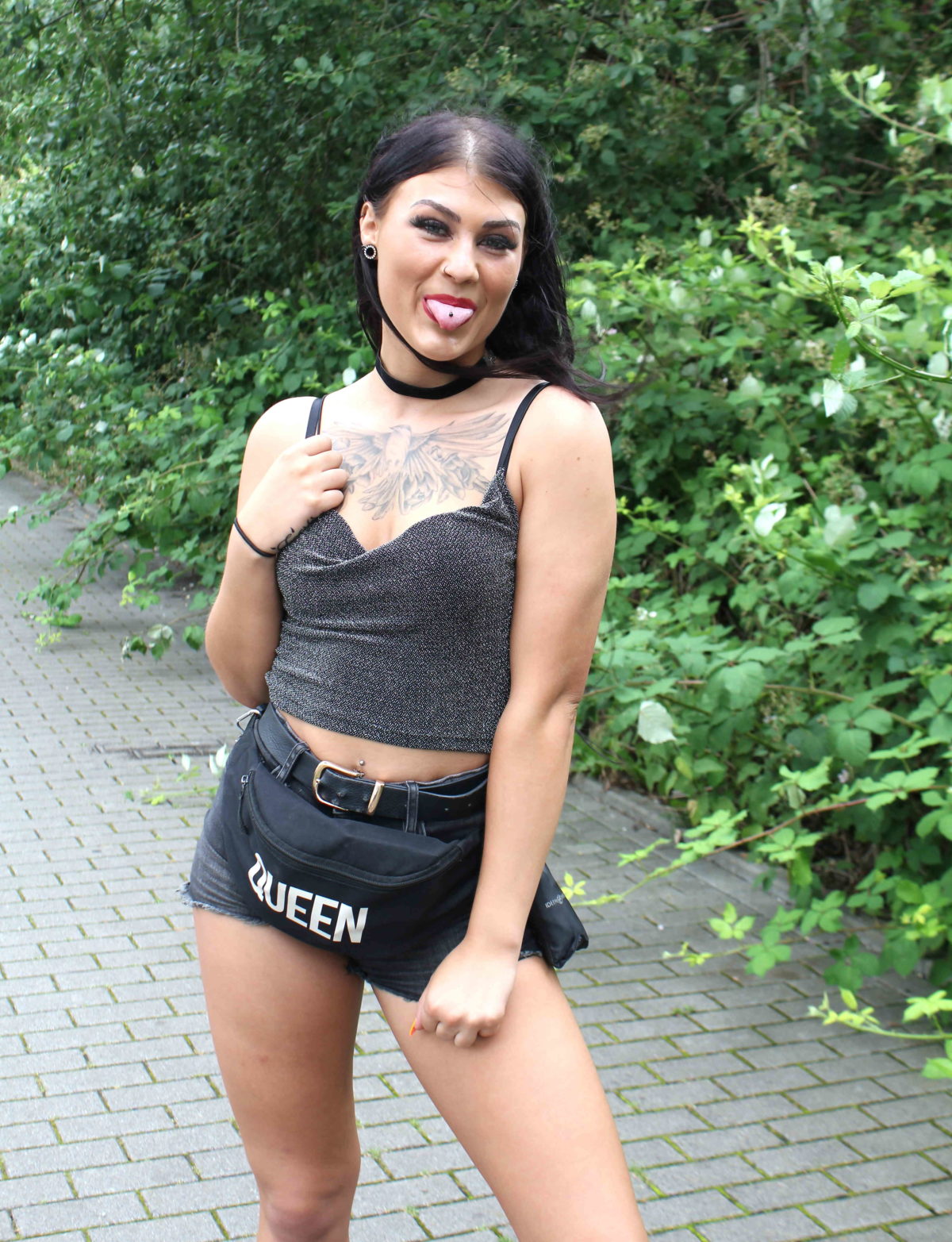 I was on the road again and with the best weather it should work. At least that's what I thought, but it was going to be harder than expected until German Scout Alexis. I had decided to try it in the Ruhr area this weekend. My choice fell on Dortmund. The city was still a virgin as far as me and my auditions are concerned. So I looked for a suitable place to stay and drove straight away from Berlin by car. Unfortunately, I arrived late in the evening and had to rest first. Five hours in the car during the holiday season are really not without it, and unfortunately there was no other way. But the next day should be mine. Such were the thoughts when I went to bed broken. When I got up I set up the room again, freshened up and it should start right away. I left the apartment around 10 a.m. and of course had the camera and some money with me. So nothing should stand in the way of my happiness, I thought to myself. But what followed was a very tough start to the day. I spoke to countless women, but only really got into conversation with three of them. And here I got a tough rebuff after 5-10 minutes. The mood was a bit in the basement, but I didn't want to have been here for nothing. And so I continued and my perseverance should be rewarded. And German Scout Alexis could finally go.

I saw her here in Dortmund on a side street and finally wanted to be lucky. So I spoke to her directly and was lucky. She was super easy-going and let me and my model agency convince her. And so I was able to take pictures of her directly on the street. And when I held up some money for the test, it went straight bare. Now I knew that I was really lucky and we decided to go to my apartment. Where German Scout Alexis could really get going.

When I got there, it didn't take long and she was sitting naked with her super slim body in front of me. When she discovered the bulge in my pants she grabbed it right out and took it in his mouth. And now one thing led to another and I was allowed to use the little mouse bare in all 3 holes. A great video with the title German Scout Alexis which you can see now.