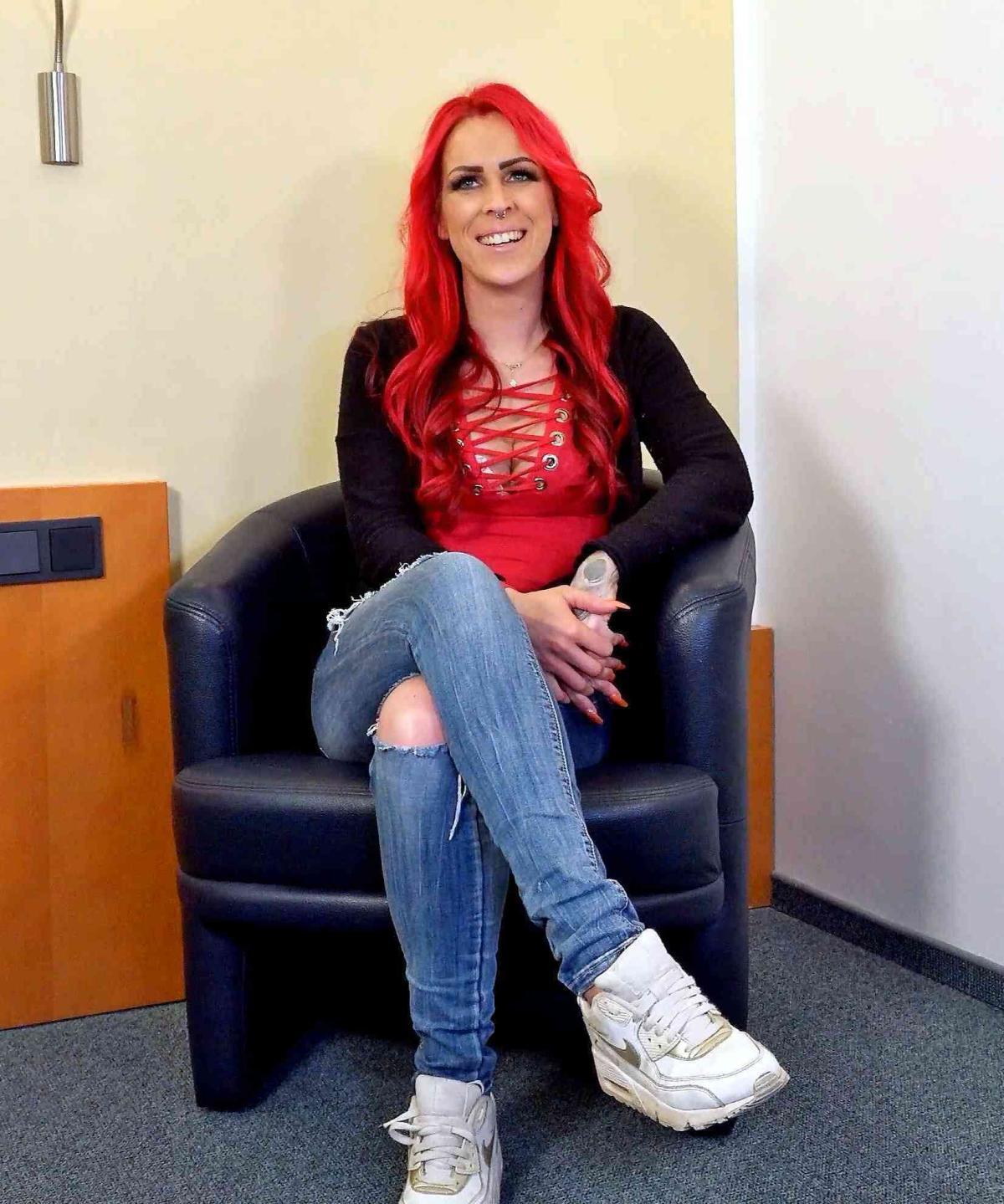 Oh, I'm often happy to live in the capital Berlin. Because here it is often enough to walk through the city for a few hours with the camera and some pocket money. You know the goal, because of course there should be a new video again. So quickly brought the apartment into shape and got everything ready. It was Saturday and I had the day off, so it should work out somehow. I strolled through the usual places and then decided to give it a try at the train station. In any case, there was enough going on here not to go home frustrated at the first cancellation. So I started talking to pretty women between 18-40. I told them about my modeling agency and that I am looking for new faces. Yes, just complain at first, but I wasn't really successful. So the whole thing dragged on for a couple of hours and the mood didn't get any better. But giving up wasn't an option and so I carried on. And today, too, I should be rewarded for my commitment. So I met a red-haired student at the train station. And German Scout Cloe could finally go.

I saw her red hair from afar here in the Berlin train station. And the firm figure in her tight jeans did the rest. I just had to talk to her and tell her about the casting for my model agency. After a few skeptical questions, she was convinced. And after a few pictures on the spot, we preferred to go to me. There German Scout Cloe could then go all out.

When I got there, we did a short interview. And when she posed for pictures in sexy underwear, I couldn't do anything else. She knelt in front of me and I just unpacked my best piece. After a brief shock, she took it deep in her mouth. After that I was allowed to go into her tight hole without a condom. To then complete me in her face after a hot number. And everything was captured on video. And you can see it now in German Scout Cloe, the movie.