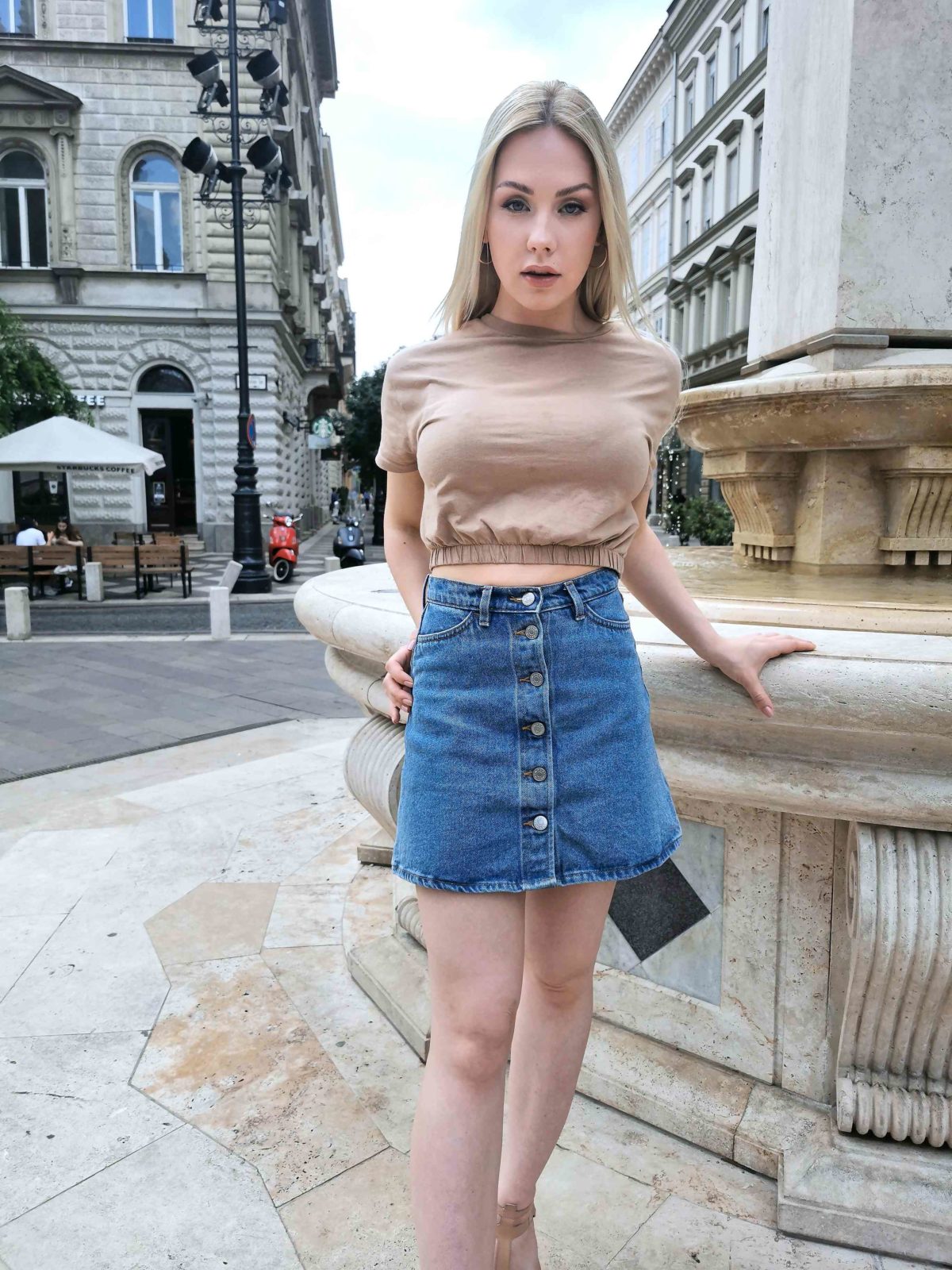 It should travel again as long as it is still possible. Because of Corona, you don't even know what's going to happen next week or not. So I wondered which city I could visit this time. And my choice fell on Budapest. That was a good fit for a long weekend. And so the apartment was quickly booked on the Internet. So just quickly packed the camera and the essentials and off we went to the airport. I was in good spirits and I shouldn't be disappointed. I arrived at the apartment in the late afternoon. So I freshened up and prepared a provisional set. It should look like a real model agent. By the time I finished it was evening, but the weather was good. And I could see a lot of people on the streets from the window. So why should I waste my time on TV or Insta now. If only I could try my luck right away. So quickly packed the camera and some money, straightened your hair and went out onto the street. And then it's always easier said than done. That's how I approached the first women, but unfortunately couldn't get beyond a little small talk. But at least there were no bad looks or a slap in the face. So my motivation was still there. And today I should be lucky too. And so it could come to German Scout Angie.

I met this sexy student here in the middle of Budapest and just had to try my luck. So I told her about my modeling agency and I was lucky. She was impressed and after the first pictures on the street, I was able to lure her to me. And when she went up the stairs to my apartment in front of me I could see under her short jeans skirt. That gave hope for more. And German Scout Angie was ready to go.

Once at the top we took more pictures and it became more and more relaxed. And more and more revealing with every minute. Soon she was standing in front of me only in sexy underwear. And then I put everything on my card and just got him out. When she immediately put it in her mouth, it was over to me. A little later I was allowed to drive into her narrow hole without a condom. After violent positions she got my cream in the face. And you can see it in German Scout Angie now.