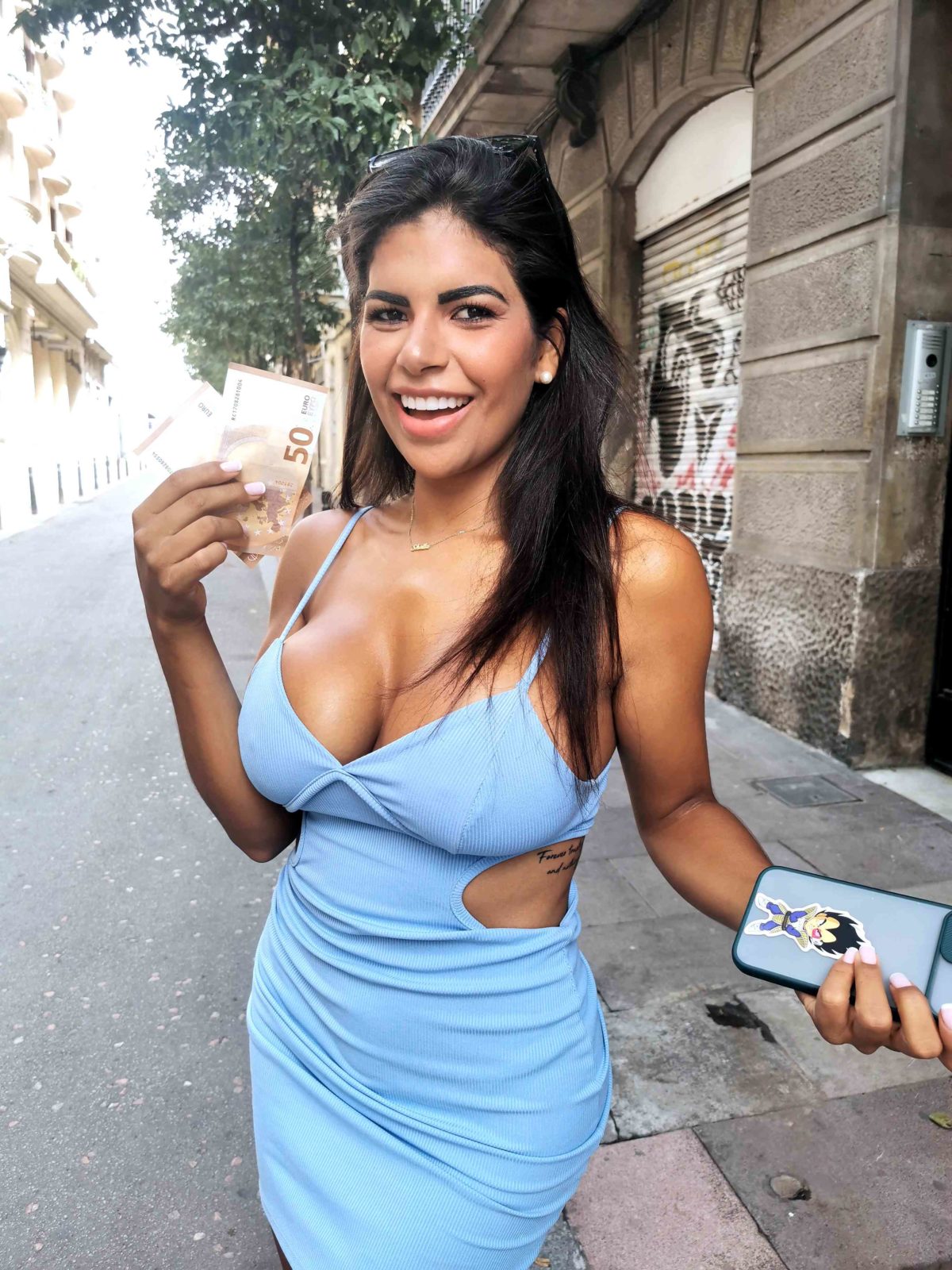 There is another new video for you. The German Scout was once again on the road in Europe. This time it should go where flying is still possible in a relaxed manner. Mallorca and Budapest is really expensive and difficult at the moment. But Barcelona were a great fit. Very good price on the flight and the rooms were cheap too. And the great weather and the holiday season should take care of the rest. So the plan was made and I took the weekend off. Packed things, charged the camera and off we went to the airport. It was so crowded here in Berlin. Absolute chaos, but I managed it anyway. And German Scout Sheila Ortega could become something.

I landed in Barcelona around midday on Friday and was quickly in the center. Thanks to RBNB, a great apartment was waiting for me there. I was about 500m from the market and the hope and anticipation was huge. So quickly unpacked the things and set up some lights etc. Then under the shower and at 1 p.m. I was in front of the door. There were really a lot of great women in skimpy clothes on the way. I also got into conversation with some of them and also took a few pictures. The model agency Masche still works very well. Then German Scout Sheila Ortega could start.

After about 2 hours and a dozen conversations, the right one came along. A 27 year old Latina with an amazing body who is currently on vacation in Barcelona. She was easygoing right away and after I told her about a model job everything happened very quickly. After a few pictures we went straight to the apartment. There, German Scout Sheila Ortega could really get started.

Once there, she chose white lingerie and looked so perfect in it. After a few underwear pictures both knew what's going on now. And so she unpacked my best piece and sucked directly. This body is unbelievable and I was allowed inside her without a condom. So we do it like crazy. I couldn't keep my cream in me for a long time and came really hard in her face. And you can now see it in German Scout Sheila Ortega.