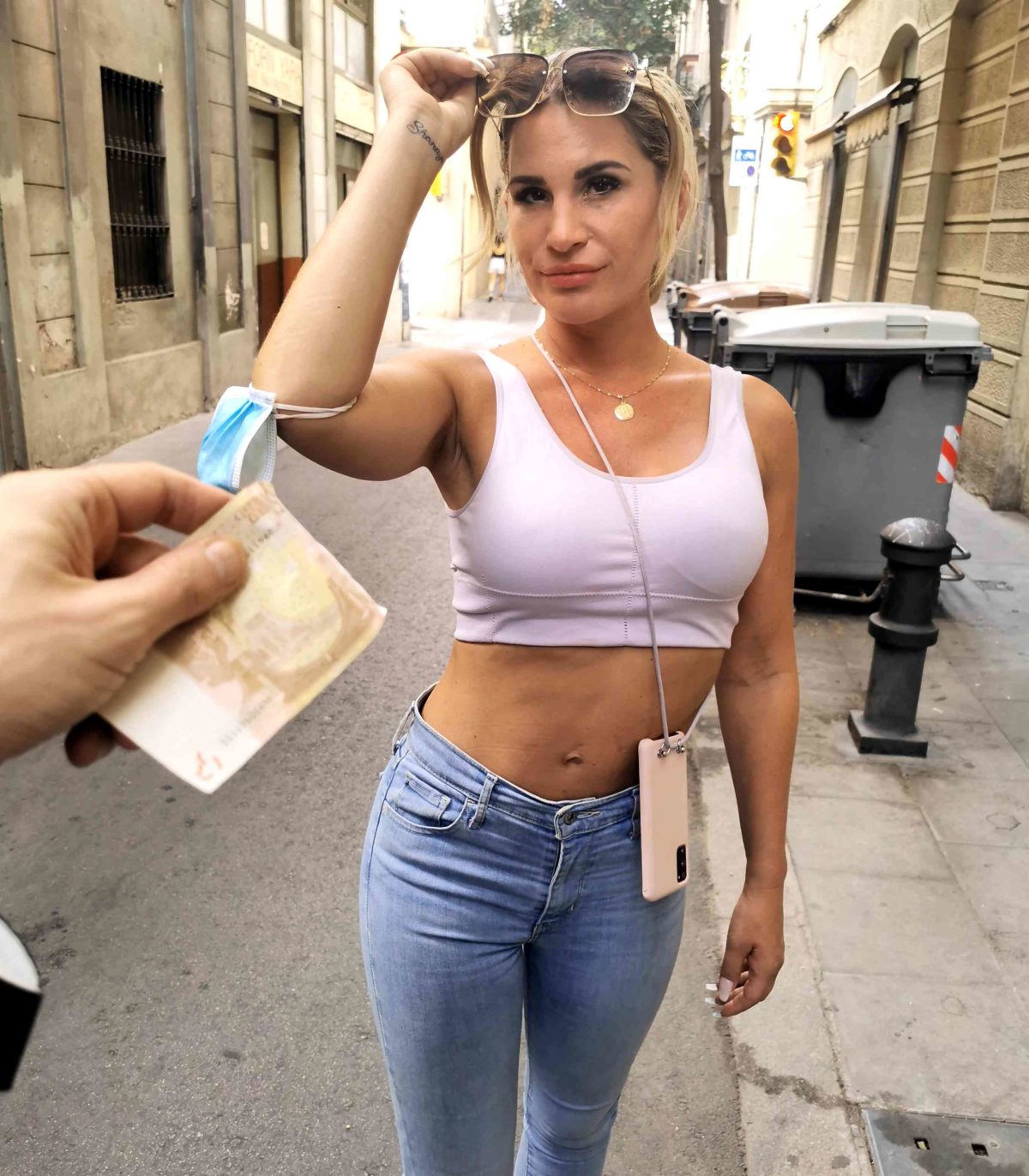 It took way too long. Too long until there is another new video from me. But there was much that had to be done privately. So three weeks went by without shooting. But now the problems are clearing up and I have more time again. And of course I wanted to use it directly. And so I planned a little trip for a few shoots. The main thing was about flights that also take place. You've heard enough about German airports and canceled flights. Spain seemed attractive to me because the flights were reliable. Exactly it should go to Barcelona. And that's where German Scout Leidy DeLeon should happen.

The flight and accommodation for Barcelona were quickly booked. Thanks be to the internet. And luckily everything went smoothly at the airport too. Hardly any waiting times and I was in the sunny city on time. It was still around 30 degrees here and I saw a lot of great women right at the airport. All dressed lightly for the weather. And so I couldn't wait to get to the hotel. That was all ok and after I had assembled a set, I went into the shower. It was early afternoon when I started my tour. And I was really lucky. Lots of women, great conversations, but apart from a few pictures, nothing came of it. But then I should be lucky and German Scout Leidy DeLeon started.

After a good two hours here in Barcelona with lots of attempts and photos, I finally got lucky. As luck would have it, I got into conversation with a German student. The atmosphere there was relaxed. So I was able to convince them directly with a few pictures on the spot. Shortly after that I went to my hotel for body shots. There, German Scout Leidy DeLeon could really get going.

The blonde beauty chose a black outfit straight away. Matching high heels and we took more pictures. After a few minutes she became more and more relaxed. And what was to come came. She grabbed my best piece through my pants. Of course I was happy to take him out. And after she sucked it nice and wet, I was allowed to go inside her naked. Really hard and messed up the number we pushed. And you can now see it in German Scout Leidy DeLeon.