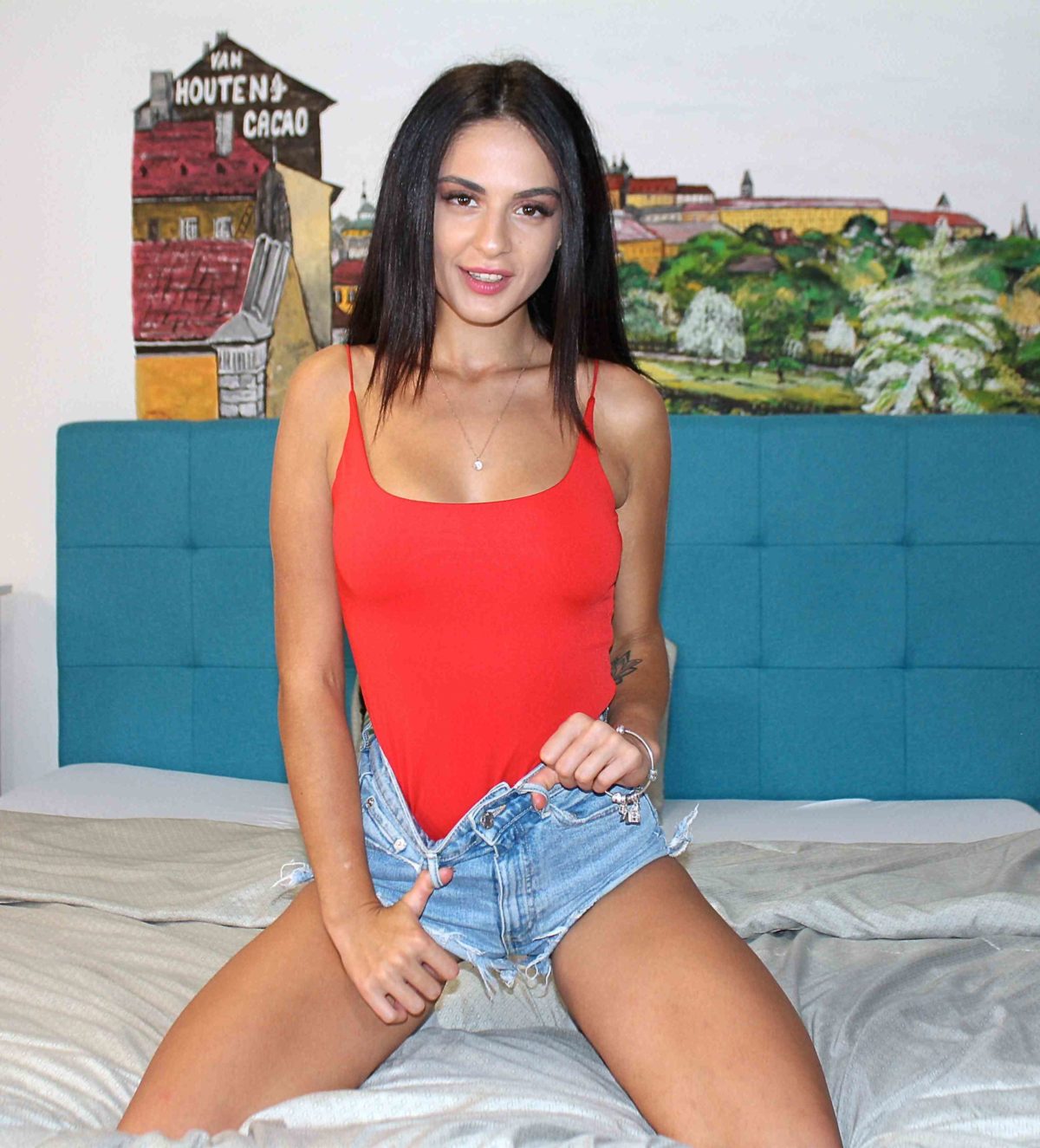 Something new for you from the German Scout. And that should be something for each of you. Slim, sweet and sexy always works, doesn't it? But let me tell you from the beginning. Another small tour was planned. After I ended up in Bonn last week, I was supposed to go abroad. So just take a look and see what could fit this time. Corona is hardly an issue anymore. But I only had 2 days to travel. So it couldn't go that far. So I ruled out Spain and Hungary right from the start. So I looked in the direct neighboring country. And since much my decision on Prague. Because from Berlin it's really fast. And so far I've always had good luck there. And so German Scout Mia Trejsi could start.

After a short planning and booking a room on the internet, the rough planning was done. So things packed and this time I wanted to go straight to the car. That also worked very well and I arrived at the hotel very quickly. The room was great too, but I had no luck with one issue. The weather didn't cooperate at all. On the first evening I arrived, it was raining cats and dogs. It didn't seem to stop at all. And the announcement wasn't any better for the next day either. And so I changed my tactics. And decided to hit the bars on the first night. So I wanted to arrange something for the next day. And that worked and German Scout Mia Trejsi could start.

After going through the bars here in Prague the night before, I had a date. We had a good chat and made an appointment at the hotel for the next day. There we wanted to finish the model file. And the 21-year-old Ukrainian Mia was with me on time. After a short interview where I inspected her slender body was my chance. And German Scout Mia Trejsi could be messed up.

She showed more and more of herself and at some point she played around with herself. Now my hour had come and I unpacked my thing. She took care of him with her mouth. And then I was allowed to drive into her tight hole. And it was really incredibly tight and she felt every push. We did it really dirty in the hotel and finally there was my cream in the mouth. And you can now see it in the video German Scout Mia Trejsi.